How the Pope beats the (Retail) CEO 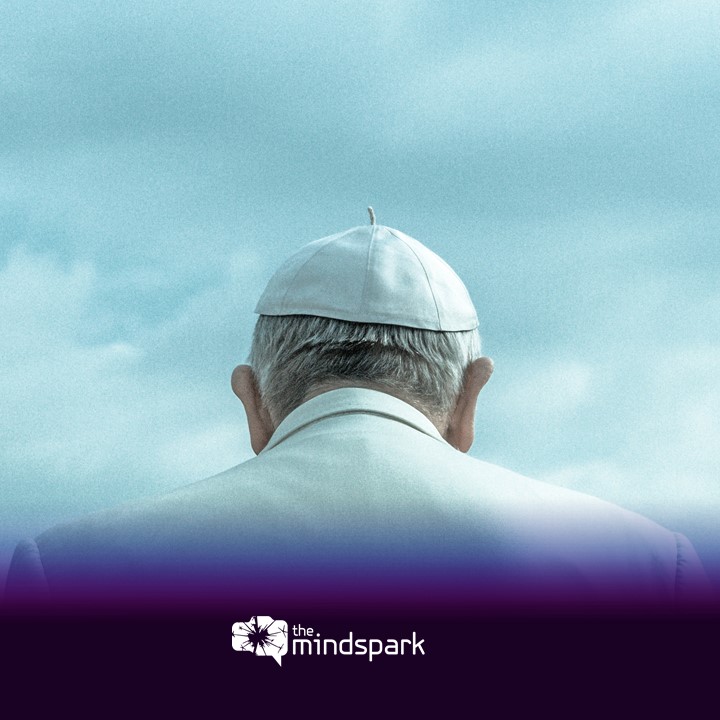 How the Pope beats the (Retail) CEO

Back in the day, R&D was sitting in the towering head offices as innovators. Lately they are world travelers. They go out to the corners of the world, just to get the experience right.

Recently I attended several inspiring sessions on Design Thinking. One of the speakers was a global researcher from Uber.

He is travelling around the world to talk to drivers and riders. He shared mainly photos of himself sitting in cabs, sitting at homes with driver families or riding other transportation modes to understand the local culture of transportation.

The result of months of travelling: getting rid of a small feature for drivers in the Uber app. Just because drivers, in this part of the world, didn’t want it. Or riders, they did not appreciate the experience of suggesting bars around them simply because providing recommendations to bars may be not a good idea in Arab countries…

Long story short….it was all about customer-centricity, getting the app right.

So what does this story, has that to do with Retail CEO’s. Because they are making the wrong decisions, not understanding the ‘Faith of Digital Experience’ and in doing so ending their game after centuries of growth ?

As the example of Uber shows, as in many other industries, the name of the game is Experience. In retail there is a large underestimation of the role of Mobile apps in delivering customer experience. For Uber, the mobile app is the center of their platform, the bread and butter of their business. They won’t save a dime to get the experience right.

Traditional retailers aren’t making a similar mind shift, a similar digital transformation. The lack of this understanding is why retailers go out of business. I have seen it ‘live on stage’, 2 years ago at Toys R Us. The CEO announced their new flagship store at Madison Square Garden, NYC. Costing millions of $$$.

Meantime in the New Jersey HQ, no worthy investment to redesign their awful online experience, website and apps. None of his team of SVP’s and CxO’s, including the CIO, wouldn’t been able to get things right in the mobile app. Frustrating ? Hell yeah.

A month later this iconic retailer filed for chapter 11 protection and the rest is history.

And I bet that Sears will go the same route in 2019. They will go out of business. For the same reason. In my home country, the Netherlands, similar bets are on for Canadian-owned Hudson Bay.

They still betting their millions on main street department stores, not anything goes to mobile. Call me in 2 years to let me know if they are growing. They won’t.

In France, the once successful ‘hypermerche’ formula is losing ground fast. Carrefour and Casino are on their way down….Carrefour was once the darling of retail. Last year a new CEO took helm of the French giant while going down. He slashed not only thousands of jobs, he also slashed lots of square footage of remaining stores. And he made a deal with the ‘Devil’, the Chinese Tencent technology group. Sounds silly ? Tencent knows how to make a business mobile and experience-driven. Smart move from this CEO.

The World of retail will go to apps and personal assistants, not to stores. Tencent, Alibaba and other Asian online moguls understand this game. In the West, stores have only a minor distribution role, still getting most of the investments. Experience is the name of the game, for customers on their mobile phones and for (remaining) store associates on the tablet.

To succeed in Retail you need to understand mobile and open up for design thinking. You have good apps and bad apps. Bad apps take you out of business. In retail especially. What makes an app bad or good? Good apps build relationships, bad apps turn customers away. Good apps engage in mobile moments, driven by experience.

As customers spend an increasing amount of daily-life moments on the phone, capturing mobile moments are critical for retailers. It’s a game of integrating data, working with new digital tech and an array of new emerging mobile marketing tools. It’s why e-commerce is shifting more to mobile and away from shops.

Mobile is a lot about context. Understanding what your customer is doing. It’s the essence of understanding your target group behaviors. It has now all shifted to the phone. If you don’t get the mobile moments right, you never get the experience right. Your business will lean on old distribution channels where less and less customers go.

Q: Why especially traditional companies don’t get it right ?

A: They make trade-offs, they manage on the wrong KPI’s and fear the cost of failure, they don’t put enough emphasis on experience, they lack the insight to hire service designers (and send them out on the street to engage with customers) and the list goes on….

IT suffers in a similar way. They have a hard time to adopt to the new rules of the technology game. They don’t rule the digital game.

IT are now more like risk managers, protecting legacy and yesterday’s tools of power. Their game is all about costs, optimizing and development, not about NPS, redesign and experience.

Digital Transformation is often served up as the answer by expensive consultants. They are not designers. They aren’t going out on the street to understand the problem customers have….and solve them. It’s what smart entrepreneurs do….growth hacking the digital game.

Digital transformation at large enterprises means a tsunami of transitions need to happen. From development to (service) design, from external development to internal resources., from IT to business, from waterfall to agile.

Even after a decade of mobile, I see many executives struggling. They ordered the troops to get there first, not getting it right. Leaving their company and management layers with a digital product becoming orphans instead of winners; Poor lifecycle management, app-abuse (marketing running one-off campaigns on the homepage). Lack of continuous development. Poor data integration.

Make no mistake. Web started from providing information. A lot of mobile apps started unfortunately started from the same angle. Mobile should start from interaction. Mobile is the best equipped medium to provide customer interaction. So when you restart, start there ! Only with a wow online experience, customer engage.

Once malls (in Europe the main, high street) were the churches for a generation of shoppers. Brands the evangelists of the shopping religion. Now malls are graveyards, landmarks of a past time. Similar to churches. The Lord has left the building and has now gone online and mobile. At least the Vatican, the Christian Church, one of the most traditional institutes in the world, have heart the prayers of the new generation and has gone where Toys R Us should have gone 2 years ago – Meet it’s Pokemon Go clone ‘Follow JC Go’ – Amen !